Home / Blog / Merino Is A Breed Of Sheep

A merino is a breed of sheep, well known for its wool it grows. Merino wool is soft and fine but a strong natural fibre used predominately in clothing textiles around the world.

In the fifteenth century, merino sheep were so superior that it was a crime, punishable by death, to export them to another country. Many were used as a gift between Kings in other countries.

In the early days of farming in New Zealand, the majority of merino sheep came from Australian farms. New Zealand focused on breeding and farming sheep for wool as wool was in high need around the world. New Zealand merino wool was auctioned locally and internationally. Before the days of man-made textiles wool was needed for all sorts of clothing needs. Every man had a wool suit, the military wore wool jerseys, pants and socks and our babies and children were all dressed in wool. Every Mum knew how to hand knit with wool.

Shifts in marketing and wool needs worldwide lead to the decline of wool. New Zealand sheep farmers diversified and many changed to different breeds of sheep to make their farming businesses more profitable. Strong wool sheep breeds began to take prominence. Farmers started to also farm sheep not only for wool but also for meat during this change.

Over the past thirty years New Zealand merino wool has once again built its reputation around the world and now is a high quality sort after fibre for clothing industries. Merino wool in New Zealand is now marketed globally and separately from strong wool.

Merino Sheep are mostly farmed on hard, high country tussock land in the South Island of New Zealand. Merino sheep are well known for their toughness and able to withstand and thrive in very cold climates as well as warm climates that the New Zealand summer can bring. New Zealand merino sheep are hardy animals and live in amongst the freshest of air in the most pure of environments. The rams (males) are easily identified by their big horns and big skin wrinkles around their necks. Some females have horns too. The health of sheep takes high priority with our New Zealand farmers because they know that the healthier the sheep, the better the quality of the wool produced will be. 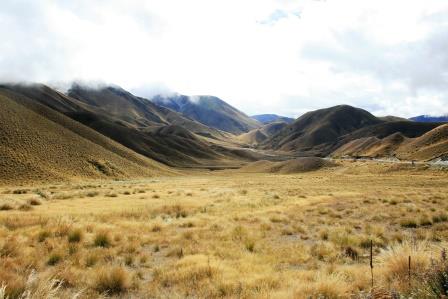