Home / Press / The Press Article, A Business Venture To Knock Your Socks Off

A problem solved at home became a business for 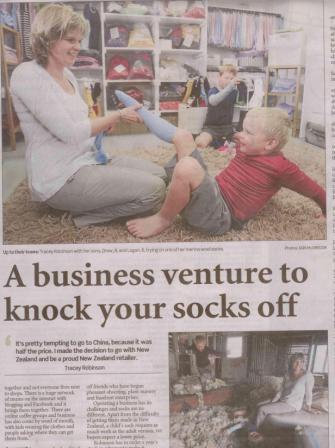 What do you do when you can't buy warm socks for your kids?